Quad-GPU builds with a case: Part 2

It's been a while since I posted on my quad GPU build.  Since then, I've moved to a different case, which I thought I would share.

If you haven't read the original post, you can find it here - I'll wait.

Despite the fans in that case, I had thermal management issues - GPUs would run incredibly hot at times, up well past 100C - which I do not like at all.

Fortunately, the new case fixed it!  The new case? 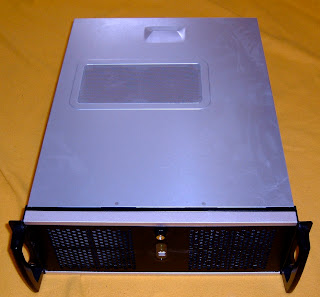 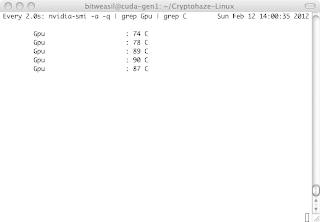 The major reason I moved to this case is for racking my systems.  The Antec 900 is a decent case, but not really suited to racks.  I heard about this case, and figured I'd try it out.

At first glance, after moving things into it, I thought I was about to bid 4 perfectly good GPUs farewell when they powered on.  There's no way this should cool! 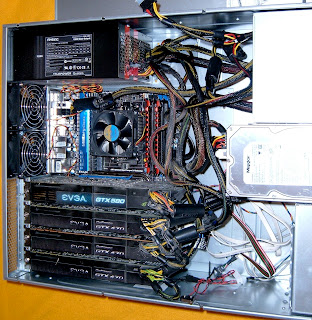 But cool they do, in no small part due to these: 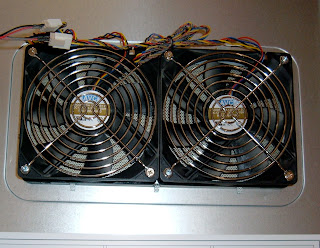 The top of the case has fans in it that blow directly down onto the GPUs.  You can see the vent in the top in the top photo.

There's also a single 120mm fan in the left front of the case, right in front of the GPUs, and the two exhaust fans in the rear sucking air out from the mainboard and CPU area.  This case moves some air!

And, as noted above in the temperature readouts, under full load, they stay safely under dangerous temperatures.  That's with the fans on auto, as well.

Enjoy!  And consider these cases for your GPU builds in the future!
Posted by BitWeasil at 1:10 PM